Born in Connecticut in 1952, Peter Granucci’s talent for drawing emerged in his elementary school years and was encouraged by his family and teachers. He was at the same time developing an interest in archeology, geology, and palenotology. He studied at the Paier School of Art in New Haven for one year, Granucci then transferred to the School of Visual Arts in New York where he received a BFA in 1975. At SVA his concentration was on drawing and painting the human figure, studying there with the New York realist Harvey Dinnerstein. While in school, he began producing paintings using the figure in mythic settings. 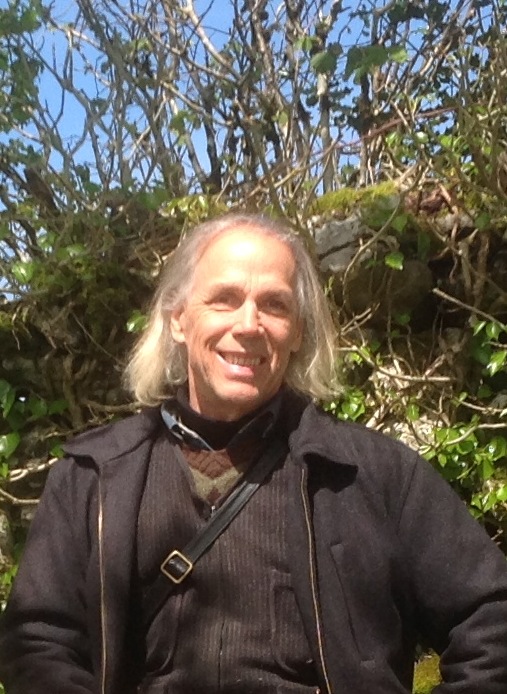 After graduating, Granucci began making paintings in a Photo Realist style, primarily of leaves seen at close range. From 1974-82, he was in a series of solo and group exhibitions at the Peter Rose Gallery in New York City. In the mid-1970s, Granucci moved to western Massachusetts, and in the early 1980s he settled in Gilsum, NH, where he continues to live and work. During his first decade residing there, he studied with Richard Whitney and concentrated on both Impressionist-influenced landscapes and on commissioned portraits. His work in both areas was quite successful, and he was flown by patrons to Indonesia, Hawaii, Italy, and other locations to create his portraits.

In 1994, Granucci felt the impulse to reconnect with his earlier figurative work and to take on the challenge of creating paintings that were both aesthetically strong and personally meaningful. His first effort in this direction was an 8′x12′ canvas, a reimagining of The Birth of Venus. The new work that Granucci began to create reflected his interest in Botticelli, Romantic painters such as Gericault and Goya, and the work of the Symbolists. Granucci shared with these artists, not only a sense of style, but an engagement with basic human questions: understanding life and death, and the instability of our individual and collective existence. A central concern for Granucci has been the emerging global environmental crisis.

Granucci’s existential and ecological concerns came together in the recent series, Memorial to Lost Species. This ongoing cycle is projected to forty-five paintings, and features a single naked figure in a withered, craggy landscape. This usually bald figure, tinged blue-green, is seen holding the skeletal remains of an animal, an image of both loss and compassion. Dramatically posed and illuminated, these figures seem both human and archetypal.

Granucci’s work has been shown in a number of solo exhibitions, including a show in 1998 at Simons Rock College and most recently at New England College in 2005 and a solo show in 2009 of his recent figurative works. His group exhibitions include those at the Creative Arts Center in New Haven, the Bennington Center for the Arts, the Sharon Arts Center in Petersborough, NH, Milliken University, and the Salmagundi Club in New York, where he has won a number of awards including the M. Grumbacher Award Medallion. Granucci’s work is in many corporate and private collections. He currently teaches at the Village Arts Center in Putney, VT, and the AVA Art Center in Lebanon, NH. In 1990, Granucci and his work were profiled on the public television program, “New Hampshire Crossroads.”